The sinking of Tennō Japan. During operation Ten-ichi-gō sakusen Japan’s most famous battleship, the Yamato was sunk by American air planes. It symbolized the beginning of the final end of the Tennō rule as a political figure and the military cast that ruled Japan before and during the second world war.

More than 3000 souls where lost in this waste of life and limb.

“Yamato” is part of the “Catastrophe (Multicolor, Smell-O-Rama)” series. 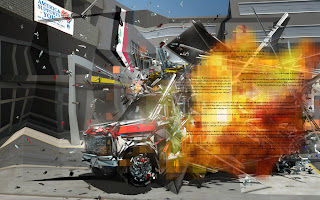